The Irish State has had unimaginable success in its first century

Read my opinion piece from The Irish Times

At the start of the year, The Irish Times published my opinion piece on the success of Ireland's first century. They have kindly allowed me to reproduce the piece for you here:

The Irish State has had unimaginable success in its first century

Yes, we have problems, but the UN ranks our quality of life as the second highest on Earth

As we enter the year of the 100th anniversary of the foundation of the State, it is time to begin the conversation on what we have achieved in our first century. I believe the answer is: an awful lot indeed.

The State successfully overcame wave after wave of challenges. From the abject poverty of the 1920s, the debilitating emigration of the 1950s, the rampant inflation of the 1970s and the mass youth unemployment of the 1980s, to the economic crash of the 2000s. We found ways to address each issue and improve our citizen’s living standards each time.

Today, the United Nations ranks our quality of life as the second highest on the planet. We have a healthier, wealthier and better educated population than practically anywhere else.

In advance of the State’s independence, the Democratic Programme adopted by the first Dáil laid out an agenda for national improvement. The first duty of the Irish government was identified as ensuring that no child should suffer from a lack of food, clothing, or shelter.

The pervasive food poverty of a century ago has been all but eliminated. The amount of food we consume in a year is now twice what it was in the 1950s. And these nutritional improvements have contributed to notable height gain – we are 12cm taller than those born a century ago.

We have a hugely enhanced capacity to clothe ourselves. We earn five times more than our grandparents in real terms, the number of us in employment is double what it was before the Celtic Tiger, and high-skilled jobs now constitute the greatest share. Importantly, income inequality has declined over recent decades and was at the lowest level on record before Covid-19 struck.

Although there is no denying that we have insufficient housing supply to meet current demand, nevertheless our homes have never been bigger and the number of people in each has never been fewer. In the 1920s, the majority of people lived in homes consisting of three or fewer rooms, yet the average household consisted of four or five people. Nowadays, the majority of people live in homes with five or more rooms (bathrooms excluded), and the average household consists of only two or three people.

The Democratic Programme had the egalitarian aim of education for all. The majority of our working-age adults have now completed higher education, making us one of the world’s most educated populations. Furthermore, investment in meeting the needs of those with special educational requirements has gone from next to nothing just 20 years ago to €2 billion annually.

The first Dáil was similarly concerned with safeguarding the health of the people and ensuring their physical and “moral” wellbeing. We have massively reduced or entirely eliminated the leading diseases of the 1920s, including tuberculosis, bronchitis, whooping cough and measles. In the most recent EU survey, the Irish rated themselves as the healthiest people in Europe, with 84 per cent of us saying that our health was good or very good.

You have, in fact, half the chance of dying this year that your ancestor did. As a result, we have added a full generation to our lives: we now live 25 years longer.

Perhaps most importantly of all, we are a happy people. We topped the EU league in 2017 when a whopping 97 per cent of us agreed or strongly agreed that we were generally happy.

These disease-ridden days can lead our minds down dark alleys to think that things have never been worse. Objectively, that is not true. And Ireland’s days are very much brighter than those experienced by people elsewhere.

None of this is to say that our nation-building project is complete. I’m not suggesting that our country cannot be bettered or that there are not citizens for whom the promise of that first Dáil remains unfulfilled.

We face a series of important challenges as we enter our second century – from climate change and biodiversity loss, through the health threats of Covid and obesity, to the deeply damaging lack of housing and reduced government investment in higher education. Successfully addressing these problems would deliver another leap forward in the quality of Irish citizen’s lives.

To do so, we need to continue to nurture the factors that have underpinned our success. That is, our stability as a long-standing democratic nation that has avoided political extremism. Our strength of community and high levels of interpersonal trust that engender a strong sense of fairness.

Our investment in education that has empowered people to realise their full potential and to contribute to our nation’s development. And our openness to the world that enables us to attract inward investment and the external talent we need to progress, and also allows our citizens to shine on the world stage.

Given how far we have come, and the fact that we have never had any previous generation as secure and as educated as today’s, I believe that we have every reason to be optimistic. It takes time to fix systemic problems, but there is every prospect that we can do so and can live the very best life liveable on planet Earth in the century ahead.

Mark Henry is the author of In Fact: An Optimist’s Guide to Ireland at 100 which is available now. 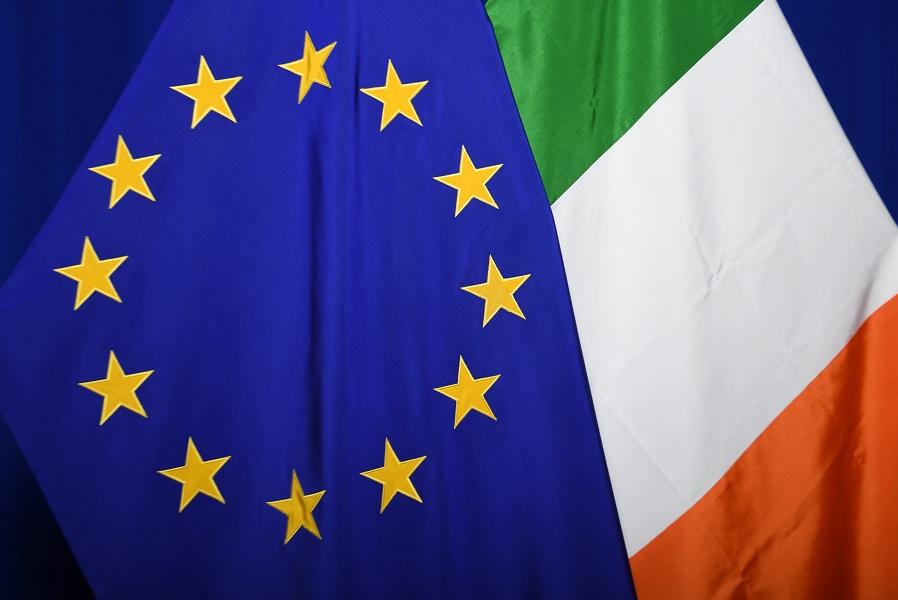 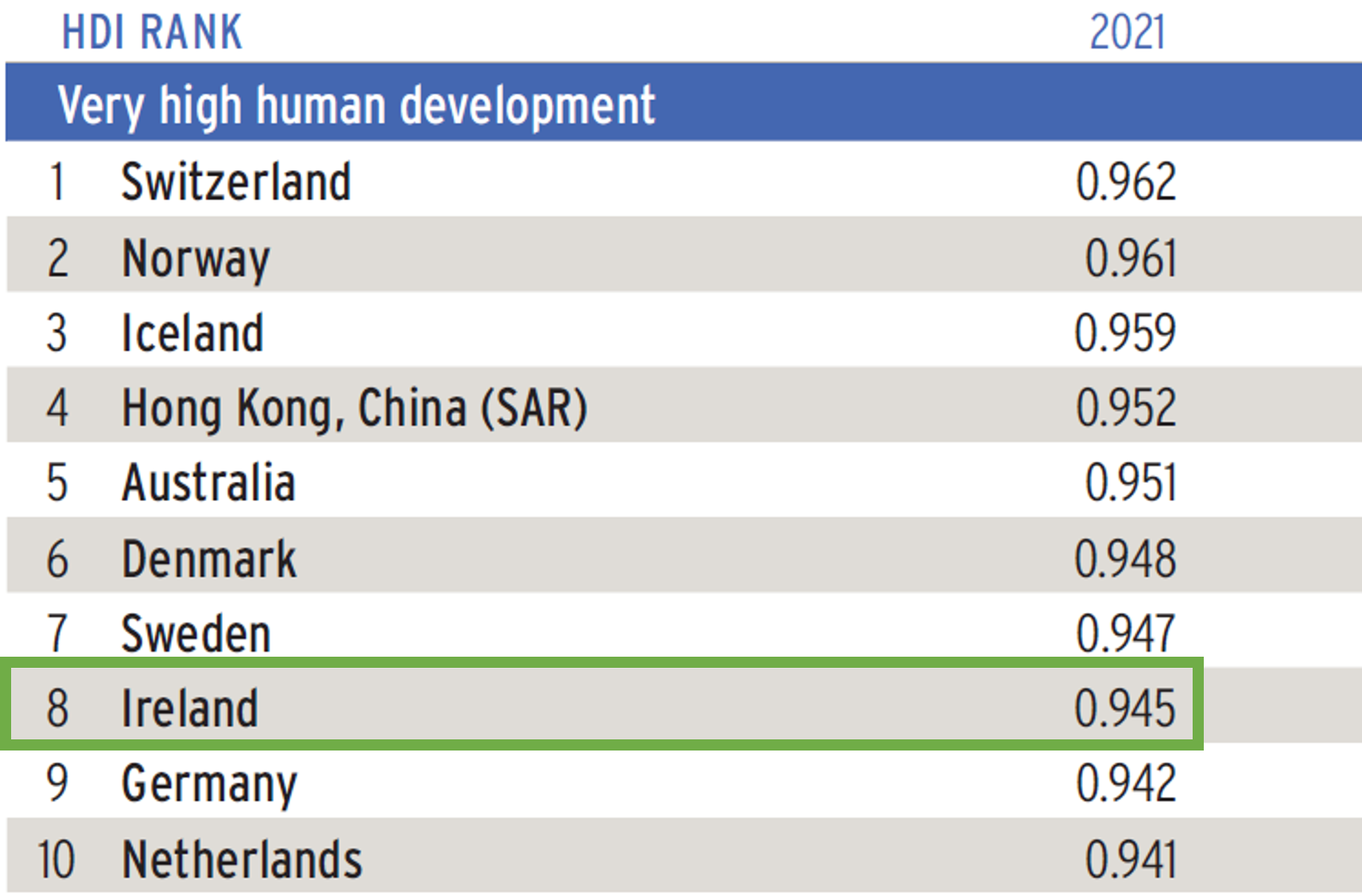 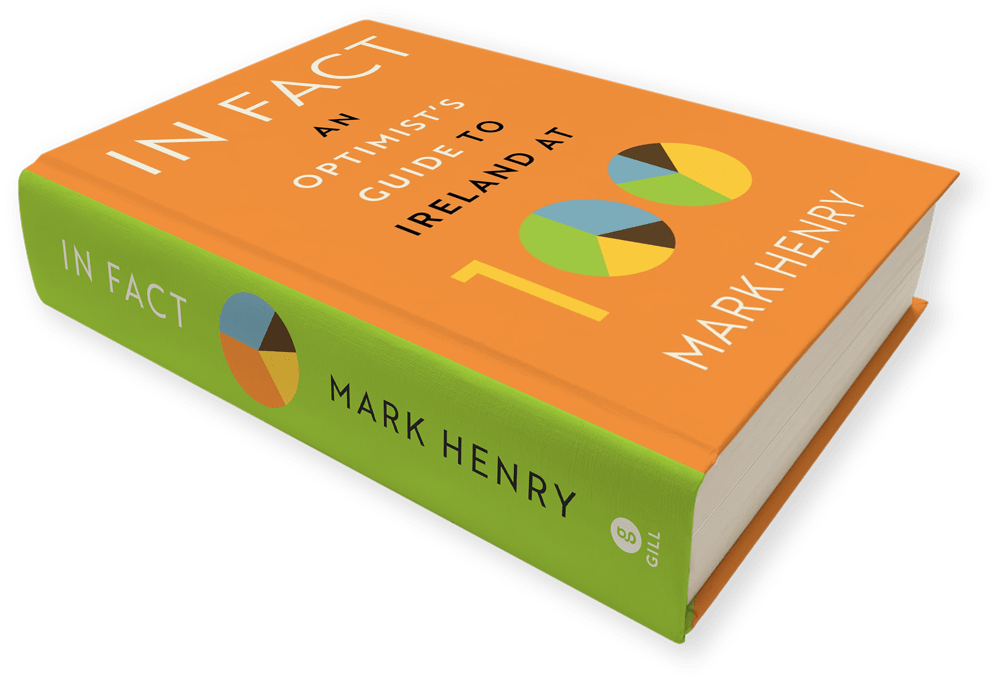